Safety…we all want to be safe in our everyday lives and maybe even more so when on vacation where we expect to be carefree and happy and get away from it all.  And still a common question when people consider a vacation here or find out we live here in Nicaragua.

Some of us choose recreational pursuits that others may think are dangerous or at least somewhat risky so it is important to understand that we all have our own tolerance to taking risks with our personal safety. Where we live and vacation has a built in risk factor to our personal safety.  We develop our own sense of “Riskiness” based on what we read, what we see on the TV and for some of us, based on our own personal experiences with danger, or maybe even someone we know. I have had my own house broken into and had property stolen (in Canada). I personally know people who have had their house broken into (1 person twice). I know someone who knows someone who was murdered and if you think of the 6 degrees of separation, we all know someone within a couple of degrees that has had something really nasty happen to them.

Then there is the danger that we know as absolute truth that comes from the gossip mill.  We all know someone who knows someone who knows someone that has had something bad happen to them.  This is more along the lines of “They said” or “Someone once told me”.  And for some reason we seem to put more credence in these “danger reports”. And don’t even get me started on the media, which I put in the gossip mill category.  The last Canadian that was murdered in Belize, was likely murdered by another Canadian, but that likelihood did not come to light until several days later and by that time the story was page 3 news. Most people probably never saw the 2nd article so now Belize is once again too dangerous for Canadians.

So here I sit writing this, on the front patio of our hotel without 10 foot walls or razor wire or armed security guards (unless you consider the razor claws of our 2 little kittens), out in the open for all to see …in Nicaragua…land of dictators, sandinistas, contra rebels, kidnappings, rapes, murders, drug lords and thieves, city levelling earthquakes, erupting volcanoes and regular tsunami warnings.

OMG…,what was I thinking??? Clearly I have lost my mind. But wait a minute…a couple years ago, Interpol rated Nicaragua, 2ND SAFEST IN ALL THE AMERICAS SECOND ONLY TO CANADA. That is 3 entire continent’s worth of bad asses so we are clearly in the wus crowd with the polite Canadians. You definitely do not want to leave stuff lying around or it will grow legs and run away but protecting your “stuff” is usually easy and a matter of common sense. So what gives?

I have 2 theories.  A while ago we had a couple staying here from San Pedro Sula in Honduras, which was the murder capital of the world until the title was taken over by another city in Latin America recently.  They drove all the way in their lovely new Ford F150.  So I asked them if they were not concerned about the danger of driving that far through their country.  Their short answer was that it was perfectly safe as long as you stayed away from the drug culture. Ahhh…back to my opening statement about engaging in risky behaviour.  Notice how the statistics never take that into account. Stay away from the risky behaviour (in this case hanging with your gang banger buddies) and you will be inherently safer.

The 2nd is maybe more specific to Nicaragua.  I think it is a cultural fear. There was a war…2 of them; the dictatorship was brutal for those on the wrong side; there was a city levelling earthquake; there was a reasonable tsunami once; I personally know someone who said he was kidnapped; AND…most of those were 30+ years ago. But yet the fear among the Nicaraguans, and many of the long term ex-pats, is palpable. Someone we know here has to keep a key to his bedroom with him so he can get to bed at night. He sits on his patio at night and from a certain angle, if the light is just right, he is visible from the road for the occasional traveller to see on their quiet street. His wife is convinced that someone is going to climb over the wall (razor wire, spikes and all), knock her husband senseless or worse, steal the tv and other things, and then proceed to the bedroom to rape her. So every night, she retires to the bedroom and locks the door. And he uses his key every night to get in to sleep. I think many Nicaraguans worry that it will happen again so they live in their houses with bars on the windows and 10/12 foot walls around the property topped with razor or electrical wire…but all are easily defeated by any thief worth the title. Someone else we know had a bicycle stolen from the yard and their walls are at least 12′ tall.

Statistics never lie (I am an engineer and learned statistics way back when in university) but they can be presented to support almost any case or to mislead. The 2 charts in this article are different, so likely the people who put the data together used different sources and different ways to crunch the numbers. There should be a definitive chart/list, but there is not. And the media loves a sound bite…especially taken out of context…to support the story they want to tell.

So don’t engage in stupid, reckless behaviour or hang with the wrong crowd and whether you are at home or on vacation, you will be much safer than the statistics might otherwise indicate. Yes of course sh** happens but we can significantly lessen the possibility of something negative happening to us on our vacation, or even at home. Educate yourself, and preferably from multiple sources, so you know what to expect when you travel.  Understand the customs and culture of the countries you travel to.  Show respect to the people you meet. Hang out with the “right” crowd. Good people look out for good people.

Then you can enjoy your vacation without fears of personal safety here, or in most places in the world.

The following is a similar article written by a traveller in Honduras and was the spark for this article.

Read the Article on Hondras 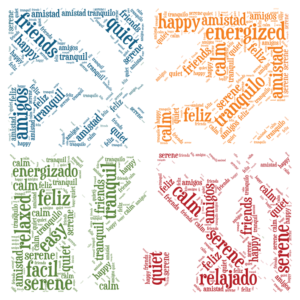 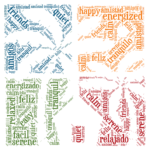